I love me a good pun. I laughed more than I probably should’ve about this comic on Dork Tower. 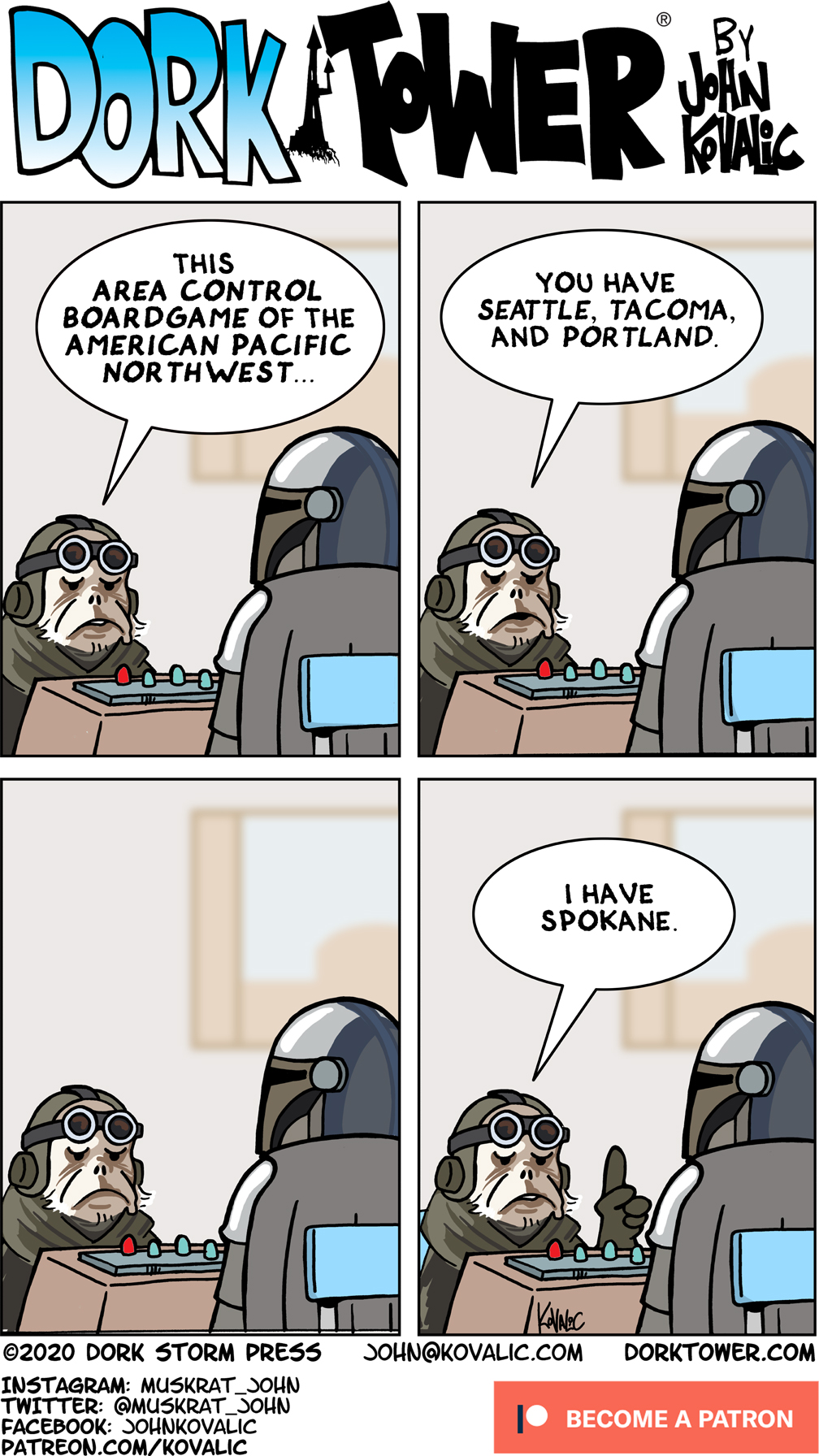 CES 2020 is in full swing and two things Dell announced—or rather teased—have me intrigued:

The Concept Duet with its two 13.4 inch full HD touch displays and a traditional keyboard that you can put on one of the sides when you don’t want to type on glass absolutely looks like something is would use. I think it’s a great idea to have two screens that allow for adaptive interaction with content and controls and the option to read on it like a big book when I want to. This entire class of devices that Microsoft has been attempting to generate hype for since their last developer conference could become a really interesting computing experience.

Alienware’s Concept UFO is a gaming PC shrunk down and put into a device that looks and works like a Nintendo Switch. This is certainly a more ambitious project and less likely to ever become a viable product compared to the dual screen laptop Concept Duet. After reading and watching the coverage of this early stage concept, I can’t help but hope that it won’t stay just a concept but become a real thing. I’ve been playing Star Wars – Jedi: Fallen Order on a loaned PS4 and the thought of having this type of game on a handheld console that I can also attach to my TV if I want to is more than a little exciting.

Really enjoyed The Rise of Skywalker. Good movie with a satisfying, if surprising ending.

I’m trying very hard not having to get custom eartips made for my Campfire Audio earphones, so I’m trying the third type of silicone eartips now, the Final E Type in medium and small. So far they’re promising but ask me again after a day of listening.

“Star Wars: The Rise of Skywalker” is going to be the first movie I watch in the cinema this year. Looking forward to it.

With the weather as good as it was, I decided to get in one last ride this year. Nothing fancy just 40+ km on tarmac.

It was a good ride and I kept grinning riding along a road between the villages of Franzenheim and Kernscheid — at least on the inside because on the outside my expression was a bit pained from going uphill. I discovered this piece of asphalt a few weeks after my trip to Scotland in 2018 and it reminded me so much of the singletrack roads over there (the only thing missing are the passing places).

I was really lucky because while temperatures for most of the ride were below 0°C, it was dry and I only encountered a few spots of frozen ground.

And I have to say: I might not enjoy road cycling a lot but one distinct advantage to gravel cycling is not having to clean my bike after the ride.

Finished two TV series in this neither-here-nor-there time between the years: Lost in Space, season two and the first season of The Witcher. Both of them very satisfying stories.

We met up with a friend and her dog on a hilltop fairly close to our place for a morning walk. The weather promised some nice photo opportunities, so I took my X-T3 and the 35/2 lens with me. Not only was it a nice walk with great company, the pictures I got out of it didn’t disappoint, either.

I couldn’t decide between using the Astia, ProNeg High, and Classic Chrome film simulations in a lot of places, so the pictures above are a mix of them.

Only just got around to reading this obituary for René Auberjonois by Nana Visitor and it made me sad all over again. I really liked this man’s acting and Odo is one of the best characters in Star Trek.

This is from yesterday but Mika really knows how to Sunday.

Keeping my fingers crossed that the weather tomorrow is going to be as good as the weather report suggests. I’m aching to go for a proper gravel ride again. Already have a route picked out.

My first longer road ride in a while and I got caught in a heavy rain shower almost immediately. FML. I need to invest in some sort of easy to remove fenders for this bike. I’m happy that I finished the ride not feeling completely exhausted but the coffee stop was necessary.

Re: last post
The Campfire Audio Comet cost me € 200.— whereas the UM Pro 30 cost twice as much. Yes, we’re talking about expensive earphones but in terms of bang-for-buck, Campfire products are right up there and the build quality is really something else.

My new Campfire Audio Comet earphones just arrived and I’m stunned. These little buggers have only 1 balanced armature driver yet they play on a much higher level than my old 4-driver Westone UM3X. What kind of magic is this? 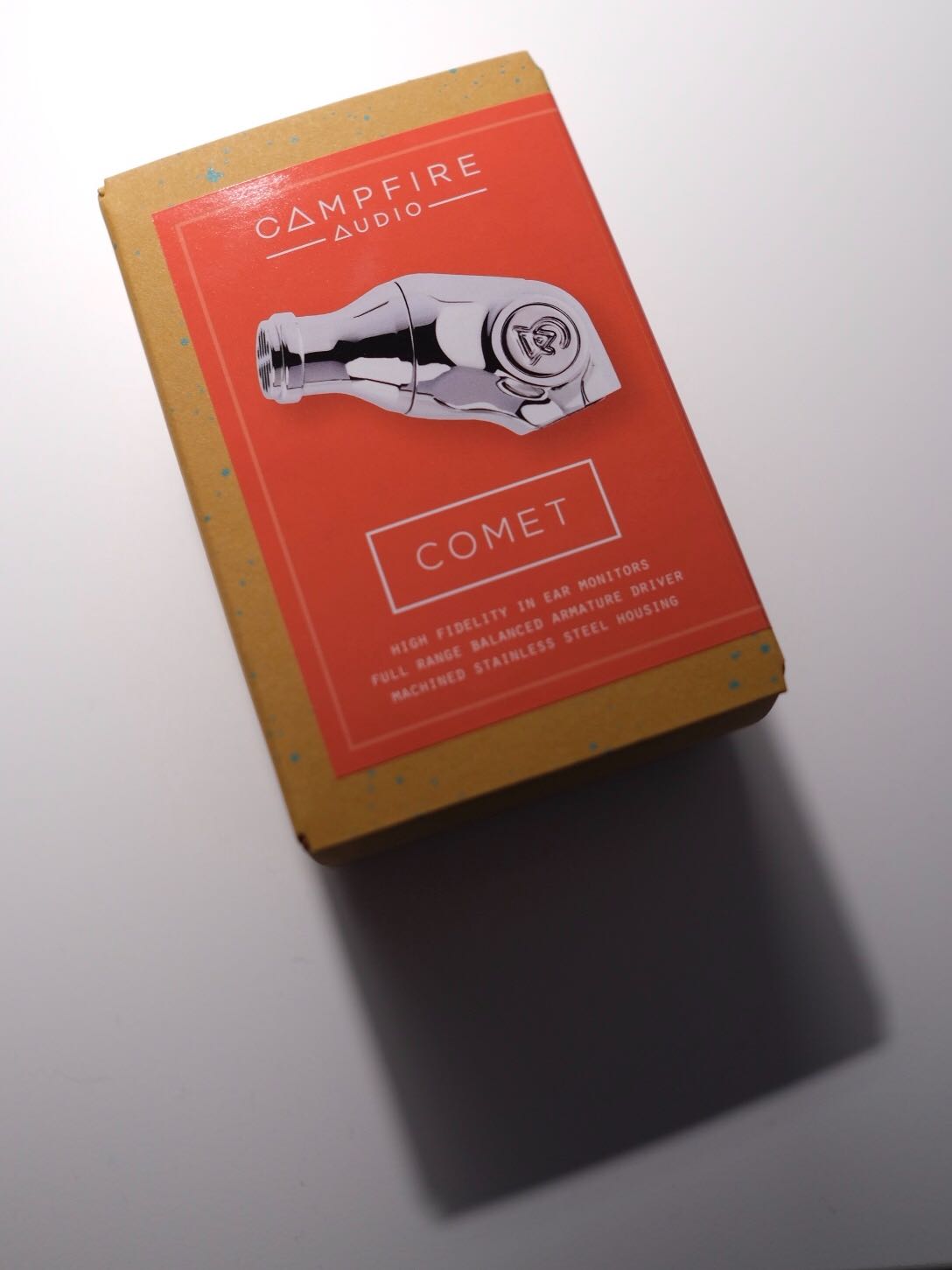 I’m so very tempted to do the Festive 500 this year. Let’s hope the weather doesn’t get too cold.

Adobe updated Lightroom for iPad yesterday and added a few very welcome features, chief among them direct photo import from SD cards and other storage devices. Many people, myself included, have been waiting for this since Apple announced at WWDC that it was opening up external storage devices natively to third party applications in iOS and iPadOS.

The other big feature that I really appreciate having in Lightroom on my iPad now, is the ability to export data to external devices in different formats, including the RAW files and with predefined settings.

If you’re using Lightroom on your iPad, this application has just become a lot more useful and powerful.

Not a day goes by that I’m not grateful to work with the people at 1Password. It’s a great team comprised of wonderful, kind, intelligent, and funny people.

Over the past week three upcoming movies had their trailers released that I just cannot wait to see in the cinema.

James Bond — No Time To Die

This is, once again, supposed to be the last Bond movie starring Daniel Craig in the leading role as James Bond. I may have grown up with Pierce Brosnan’s Bond but I still consider Craig to be “my Bond”. His portrayal of the character and the movies as a whole have brought a new grittyness, realism, and emotional component to the franchise that I find very enjoyable.
Still, I think the Bond movies need a bit of a shake-up and for that reason, I’m very excited to see a female 00 agent in the next film. I really hope we’ll be treated to the mantle of James Bond being handed to someone who’s not a white male actor.

It’s sad that this wasn’t released before the character of Black Widow has been sacrificed in “Avengers: Endgame” but I’m glad that it’s coming nonetheless. My secret hope is that they’re not going to hold back on the character and explore some of Romanoff’s past misdeeds and her quest to clear the red in her ledger.

This came out yesterday and I was squealing like a little girl. I’m not entirely sure about the fact they’re bringing back her love interest and I’m also not sure if I need another look back, I think I’d rather see Diana Prince/Wonder Woman kick ass in the present after the events of “Justice League”.

It’s rainy, it’s windy, and I can’t shake this tiredness today. Time to hop on the bike and go for a ride, then.

I just realised once again that I would really like to have one of those nice RadTech RadSleevz but for my iPhone 7 Plus. I loved them on my old iPads.